Siemens Gamesa continues to win new contracts in Spain: it has been mandated to supply 233 MW at eight wind farms 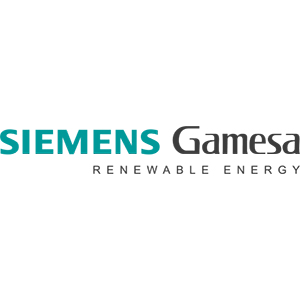 Siemens Gamesa continues to win new contracts in Spain: it has been mandated to supply 233 MW at eight wind farms

Siemens Gamesa continues to cement its position as Spain's leading turbine original equipment maker. The company has recently sealed deals with WPD, Brial and a major energy company for the supply of 233 MW. All of these projects fall under the scope of the renewable capacity allocated in recent auctions.

In total, the company will install 70 of its wind turbines at eight wind farms being developed in the Spanish provinces of Zaragoza and Valladolid during the first half of next year. It will also operate and maintain all of these new facilities.

The majority of the blades for these turbines will be made at the Aoiz factory in Navarre, the As Samozas factory in Galicia and the Moroccan facility in Tangier. The nacelles, meanwhile, will be manufactured at the Ágreda factory in Soria, a facility which has seen its production increase by 20% in the last year.

More specifically, the company has been mandated to supply 39 of its SG 3.4-132 turbines (135 MW) to independent power provider WPD at the El Poleo, Las Panaderas and Navillas wind farms, all of which are located in Valladolid. It will also service these facilities for five years.

In addition, Siemens Gamesa has been contracted to supply Brial with another 20 turbines for the Tinajeros, Agón, La Nava and Los Cierzos wind farm developments in Zaragoza. The turbines to be installed at these complexes, a mix of the company's SG 3.4-132, SG 2.1-114 and SG 2.6-126 models, represent capacity totalling 62 MW. In this instance, the company will maintain and operate the wind farms for a period of 10 years.

Lastly, Siemens Gamesa has executed an agreement with an important energy company for the delivery of 36 MW (11 turbines) at a development in Zaragoza.

Including these new orders, the company has announced contracts totalling 874 MW of capacity in Spain in recent months.