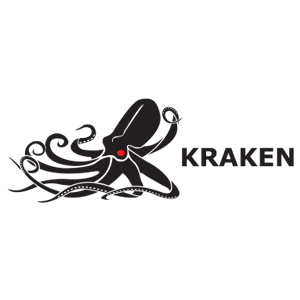 Kraken Robotics Inc announced today that its wholly-owned subsidiary, Kraken Robotic Systems Inc. has been awarded a competitive contract valued at approximately $750,000 for the development of underwater sensors and robotics that will advance digitalization of integrated operations within Newfoundland and Labrador’s offshore oil and gas sector.

Contract funding is being provided by Petroleum Research Newfoundland and Labrador (PRNL), InnovateNL and industry partners. The contract will commence in 4Q17 and conclude in 4Q18.

Karl Kenny, Kraken President and CEO said, “We are very pleased to win this contract as it enables us further entry into the oil and gas industry. The rapid progression of technology such as sensors, robotics, big data and predictive analytics offer oil and gas operators the ability to digitize and automate high-cost, dangerous and error-prone tasks. While digitalization offers many potential benefits in the upstream value chain, some of the biggest opportunities are in integrated operations, such as reducing unplanned downtime by enhancing asset integrity management.”

Alan Clarke, Chief Executive Officer of PRNL said, “PRNL is pleased to support Kraken’s initiatives in digitalization of the oil field. This project is consistent with our member’s pursuit of opportunities to gain competitive advantage by harnessing new technologies to improve operational efficiencies, increase cost savings, improve real-time understanding of operations and the environment and reduce risk within Newfoundland and Labrador’s offshore environment.”

This digitalization methodology will provide: 1) unprecedented visibility by connecting with subsea assets in a controlled and repeatable process, any time and from any vendor; 2) insights by capturing holistic views of asset condition with predictive-based maintenance; and 3) optimized asset performance by balancing reliability, performance and cost when defining maintenance strategies across operations.

The two key goals of the project are a) demonstration and evaluation of a substantially improved process for data collection, analysis and predictive analytics for oil-field Inspection, Maintenance and Repair and b) demonstration of a next generation 3D subsea imaging / asset inspection solution that generates millimetre resolution data.