ARLINGTON, Mass., June 18, 2019 /PRNewswire/ -- Creative Next, a podcast about the impact of artificial intelligence and automation on the work of creatives, released the first episode of its new season today. Titled "UI & Artificial Intelligence," it is the start of a season focused on the theme of Communication. Each episode features an expert guest along with contributions from producers Dirk Knemeyer and Jonathan Follett. The show is released on each Tuesday starting today. The final season two episode, number 12, will be available on September 3. All episodes of the show are also available on the Creative Next website, (http://www.creativenext.org). 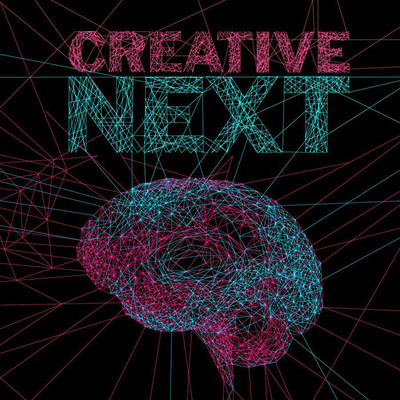 "The incredible AI of today is not some fearsome form of superior life," said Follett who, in addition to his role with Creative Next, is a principal of the show's primary sponsor, GoInvo. "It is a tool that is already taking away mundane, repetitive tasks that enable creatives to pursue increasingly more humane and intellectual tasks with their time. Creative Next helps us understand not just what is here and coming soon, but how we can leverage it to best help us."

The first season of the show, which explored the theme of Learning, was heard by thousands of listeners from over 40 countries. Season two will feature exciting guests like Payal Arora, the author of "The Next Billion Users," AJ Christian, the Founder and Head of Development of Open Television, and Andy Mauro, co-founder and CEO of Automat.

The primary sponsor of Creative Next is GoInvo, a design practice dedicated to innovation in healthcare. The show is also sponsored by Design Museum Foundation and Business Innovation Factory. Other important affiliations are a partnership with the publication Towards Data Science and as a newsroom in the Civil community.

People interested in hearing Creative Next will find it on every major podcast platform and the website, (http://www.creativenext.org). To contact the show send an email to hello@creativenext.org.