SEOUL, South Korea and SAN JOSE, Calif., Nov. 4, 2019 /PRNewswire/ -- MagnaChip Semiconductor Corporation ("MagnaChip" or the "Company") (NYSE: MX), a designer and manufacturer of analog and mixed-signal semiconductor products, announced today that CEO YJ Kim was awarded the Industrial Service Medal by the Korean Government in acknowledgement of his efforts to attract investment and encourage job development in Korea. The medal was presented today at the annual 'Foreign Company Day' ceremony hosted by the Korea Ministry of Industry, Trade and Energy, and the Korea Foreign Company Association (FORCA).  The ceremony, held at the Grand InterContinental Hotel in Seoul, Korea, was attended by 500 CEOs, executives, employees of global companies and government representatives. 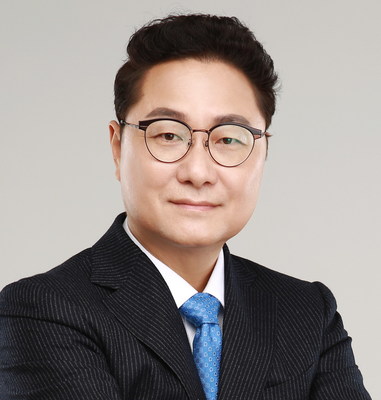 Mr. Kim, a 30-year veteran in the high-tech industry, has held executive positions at leading semiconductor companies, including Intel, Samsung and Cavium.  He joined MagnaChip in 2013 and was appointed as CEO in 2015.  Under his leadership, MagnaChip's revenue and profit have shown significant improvement, and the Company's Display, Power and Foundry businesses each have achieved substantial market success.  The Company is widely recognized as one of the leading independent suppliers of OLED display drivers used in smartphones, and as an acknowledged leader in the design and production of Power semiconductors.  The Company operates two manufacturing facilities in Korea, including one that is a Foundry for fabless semiconductor companies.  The Company employs over 2,400 in three business sites in Korea, including Seoul, Cheongju and Gumi.  MagnaChip, with an almost 40-year history in Korea, went public on the New York Stock Exchange (NYSE) in 2011.

"I am very proud of the fact that MagnaChip Semiconductor has made a significant contribution to the Korean semiconductor industry and to the economy of Korea," said YJ Kim, CEO of MagnaChip.  "I want to thank all of MagnaChip's employees throughout Korea for their hard work and dedication."

About MagnaChip Semiconductor
MagnaChip is a designer and manufacturer of analog and mixed-signal semiconductor platform solutions for communications, IoT, consumer, industrial and automotive applications.  The Company's Standard Products Group and Foundry Services Group provide a broad range of standard products and manufacturing services to customers worldwide.  MagnaChip, with about 40 years of operating history, owns a portfolio of approximately 3,000 registered patents and pending applications, and has extensive engineering, design and manufacturing process expertise. For more information, please visit www.magnachip.com.