PHOENIX, Dec. 12, 2018 /PRNewswire/ -- Local Motors by LM Industries Group Inc., known for 3D-printed mobility solutions, will open a second fleet challenge for its autonomous shuttle known as Olli, offering the opportunity to entries in the Greater Washington, D.C.-area. Jay Rogers, CEO and co-founder of Local Motors, announced the start of the challenge just after unveiling the names of the winning entries for the first challenge, which was held in Phoenix, Ariz. and Sacramento, Calif. 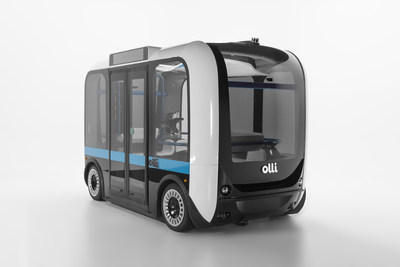 The first-of-its-kind global fleet challenge invites municipalities, campuses and designated districts to propose a short-term, local use for Olli, the world's first co-created, self-driving, electric shuttle. Entries are evaluated by a panel of esteemed judges before an Olli fleet is deployed to a series of select locations.

EVIT, Arizona's first joint technical education district, earned the bid for the Phoenix-area Olli deployment, after being evaluated among several entrants for the competitive opportunity. Sacramento State, California's capital university, earned the bid for the Sacramento-area Olli deployment. Local Motors officials will begin mapping the winning locations within weeks, and expects to deploy fleets for public use by the end of January.

"Olli is already transforming the way we think about transportation and it is showing us, from its deployment in Adelaide to its deployment at the University at Buffalo, that autonomous vehicles can be safe, sustainable and practical," Rogers said. "It's exciting to know that with each new challenge a new audience will be exposed to self-driving technology. And, we look forward to the insights that will come from each deployment as the ever-changing industry of autonomous vehicles continues to evolve."

California Congresswoman Doris Matsui, who served as a judge on the panel evaluating the Sacramento entries, said she is pleased that Sacramento State will get the chance to integrate Olli, and its innovative technology, into its campus.

"The Olli AV shuttle represents the direction our transportation is going in the near future," Matsui said. "The nature of the landscape and route chosen by Sacramento State ensure that safety is of the utmost importance during this test period. I am eager to see students and faculty alike utilize this technology and make it a part of their daily lives. Exposure to this type of technology is an important first step."

The second challenge, open to entries from the Greater Washington, D.C-area, runs through February 6, 2019. One location will be selected to receive a fleet of eight-person Olli shuttles to use for about three months. Additional fleet challenges, with unique judging panels, will continue to roll out in the coming months. Shailen Bhatt, President and CEO of the Intelligent Transportation Society of America, will serve as one of the judges for the Greater Washington entries.

"This is an exciting time for intelligent mobility in the Washington region," Bhatt said. "Local Motors' Olli challenge is sure to ignite more innovation around the future of autonomous transportation. I am passionate about technology's ability to save lives on our roadways, so I'm thrilled about this project."

Olli, which employs a responsive cognitive function, is an environmentally-friendly vehicle designed to change the future of mobility. A safe and efficient shuttle, Olli is a viable and sustainable transportation option for cities, companies, hospitals, campuses, stadiums, entertainment districts and any other location where people need to move from one place to another.

To learn more about the fleet challenge, or to review entry qualifications, visit https://localmotors.com. 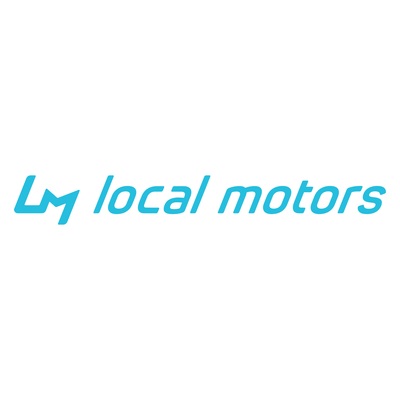