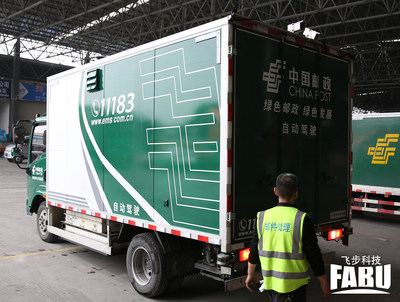 China Post, the state-owned enterprise that operates the official postal service of mainland China, employs 860,000 employees in over 82,000 post offices and branches. The service operates over 39,000 transport vehicles, which travel over a delivery network with 1,926,250 miles of streets and highways. Deppon Express is a leading logistics company in China, with operations in Korea, Japan, Thailand, Singapore, Malaysia, and Vietnam. Deppon Express operates 10,000 retail offices across China's 34 provinces.

During the testing, self-driving trucks operating on FABU autonomous driving technology averaged 40-mile daily round trips along three different routes, with one delivery route passing through 50 intersections, 26 of which were controlled by traffic lights. The trucks drove both in daylight and at night, and on highways, through tunnels and along residential streets filled with pedestrians, schools and flea markets. Since the self-driving tests were conducted in winter, these Level 4 trucks also had to drive their routes during challenging weather conditions such as rainstorms, snow and fog.

"We are very excited that FABU technology is at the heart of the first autonomous delivery trucks in China," said Xiaofei He, founder and CEO of FABU. "China Post and Deppon have also been very pleased with the performance of FABU self-driving technology in their trucks and plan on expanding their autonomous delivery services to 100 routes in the near future."

With the increase in online shopping and a shortage of truck drivers, these companies believe that self-driving trucks will help them save on operating costs in the long run, said He. They estimate that their initial investments in vehicular hardware systems will be recouped in one year.

Since its founding in August 2017, FABU has focused on developing the best-in-class self-driving technology by investing its engineering resources not only on algorithm optimization, but also on building the best silicon hardware from the ground up. Strengthening the connections between AI algorithm and AI silicon helps FABU meet the power, performance and price requirements to accelerate commercial deployment of autonomous vehicles. FABU is the only AI company in China to build a complete technology closed-loop ecosystem for autonomous driving. 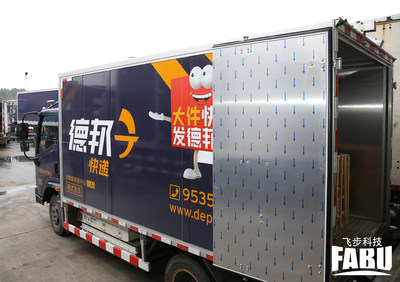