SAN MATEO, Calif., June 19, 2019 /PRNewswire/ -- Wonder Workshop, maker of educational robots Dash, Dot, and Cue, which are now used in more than 20,000 schools worldwide, today announced the opening of registration for the fifth annual Wonder League Robotics Competition. This year, Wonder Workshop is partnering with Cartoon Network, the #1 animated series network in the U.S., to bring even more humor, heart, and creativity to the competition. Complete details will be revealed in early fall of how this year's competition will bring Dash together with one of Cartoon Network's most beloved series.

"The Wonder League competition has always been about kids growing into confident inventors and creative architects ready to take on real-world problems," said Vikas Gupta, CEO and co-founder of Wonder Workshop. "By partnering with Cartoon Network, we are able to integrate Dash's stories into the rich, vibrant worlds of the Cartoon Network characters and their stories. It's a fun and powerful combination that provides more students the opportunity to express their creativity through coding and robotics."

"Cartoon Network is committed to exploring new and innovative ways to foster kids' creativity and developing this truly unique partnership with Wonder Workshop, which brings that commitment to a best-in-class robotics competition that allows kids to engage with the Cartoon Network worlds and characters they love in a completely new way," said Jill King, SVP, Marketing and Partnerships, Cartoon Network and Boomerang.

The annual Wonder League competition, which drew more than 35,000 participants last year, responds to growing demand for coding and computer science resources in elementary schools. Research from Gallup found that 91 percent of parents want their children to learn computer science. The competition requires no cost or travel and provides teams of children ages 6-14 with a global stage to learn and demonstrate 21st-century skills. Last year, students from every U.S. state and 69 countries participated in the competition.

This year's competition includes summer training, with mini-missions that help teams prepare for the five challenge-based missions in September 2019, followed by a final invitational round in February 2020. Each story-based mission offers challenges of varying difficulty to create a scaffolded team experience. As students develop new skills and expertise in coding, robotics, and scientific thinking, the rounds will become more challenging.

The top five teams in each age category will receive official certificates, competition t-shirts, and a robot of their choice. Wonder Workshop will also award a grand prize of a $5,000 STEM grant to the winning team in each category.

About Wonder Workshop
Wonder Workshop's mission is to inspire every home and classroom to be a place of innovation – where children, parents, and teachers solve problems of the future using tools created by Wonder Workshop. The company is committed to helping children succeed in the 21st century and developing in-depth experiences that balance fun and learning, promote collaboration, and provide enduring value to both girls and boys at home and in the classroom. Wonder Workshop's award-winning products are used by millions at home and in more than 20,000 schools worldwide, with educators applauding their ease of use and the collaboration they inspire while introducing coding to kids. For more information, visit www.makewonder.com.

About Cartoon Network
Cartoon Network is a division of WarnerMedia and the # 1 animated series network in the U.S., offering the best in original content for kids and families with such hits as Ben 10, Craig of the Creek, Steven Universe, The Powerpuff Girls, and We Bare Bears. Seen in 192 countries and over 400 million homes, Cartoon Network inspires the next generation of creators and innovators by engaging its audience at the intersection of creativity and technology. Its award-winning pro-social initiative, Stop Bullying: Speak Up is an acknowledged and often used resource for kids and adults looking for tools that can assist in dealing with the ongoing issue of bullying. 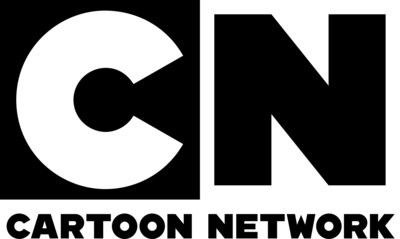