PRAGUE, Nov. 2, 2018 /PRNewswire/ -- Jeffrey Berns, CEO of Blockchains, LLC and company president David Berns hosted the company's global launch event during Prague Blockchain Week, revealing the long-awaited details of his plans for more than 67,000 acres of land in northern Nevada in what is now called Innovation Park. More than 1,000 developers in Prague for DevCon4 attended the Blockchains launch event on November 1 at Forum Karlin to learn about the company and Jeffrey Berns' plans for the future. 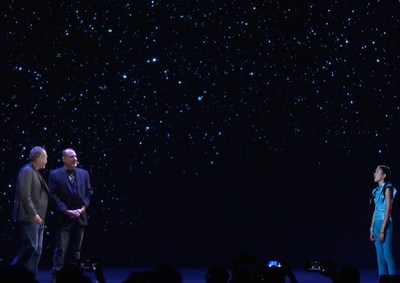 "Blockchains will empower humanity by creating an environment where anyone, from anywhere, can collaborate together, establish the rules of that collaboration, and even exchange value, all enforced and executed by the public blockchain," said Jeffrey Berns.

Berns unveiled several details of Innovation Park, including plans for the world's first smart city, where every aspect of daily life will be addressed using public blockchain to improve the way we interact with technology and infrastructure.

He also announced the company will break ground on a Blockchains Campus, where developers from around the world will collaborate and create the advancements necessary to bring these concepts to life. He noted one of the key differentiators for this effort is the creation of a Distributed Collaborative Entity (DCE) rather than a typical company. He explained that the DCE, which has assets worth well over $300 million and zero debt, will ultimately be distributed among relevant stakeholder groups who will have ownership and control of Blockchains.

"Our DCE is a forward-thinking business model that's in a class of its own with one goal: changing our world for the better," Berns says. "With the DCE, my vision is that the stakeholder groups will eventually be responsible for all corporate management and governance."

Berns unveiled a host of other components of the company and his plans, including:

At the event, Jeffrey Berns showed a visual effects display of the smart city to those in attendance. For a link to a video of Jeffrey Berns' keynote speech, click here

About Blockchains, LLC
Blockchains, LLC was founded by individuals who believe blockchain, in conjunction with other emerging technologies, will change all aspects of our daily lives for the better. The company maintains its headquarters in Innovation Park in northern Nevada, where it owns more than 67,000 acres that it plans to devote to the incubation of innovative ideas that simplify every aspect of our daily lives. By empowering the individual and restoring trust in all transactions, and fostering cutting-edge technologies, Blockchains LLC's goal is to help facilitate the technological revolution that will improve everyday life for the next generation. 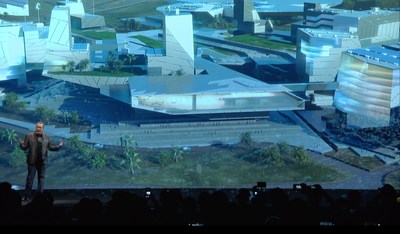