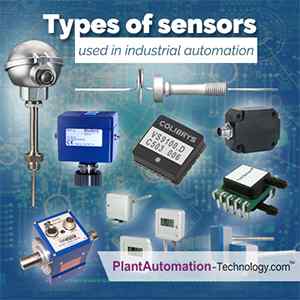 A Sensor is a device that identifies the progressions in electrical or physical or other quantities and in a way to deliver a yield as an affirmation of progress in the quantity. In simple terms, Industrial Automation Sensors are input devices which provide an output (signal) with respect to a specific physical quantity (input).

In the industrial automation, sensors play a vital part to make the products intellectual and exceptionally automatic. These permit one to detect, analyze, measure and process a variety of transformations like alteration in position, length, height, exterior and dislocation that occurs in the Industrial manufacture sites.

These sensors also play a pivotal role in predicting and preventing numerous potential proceedings, thus, catering to the requirements of many sensing applications.

The following are the various types of sensors used in automation:

Let’s discuss about these different Types of industrial automation sensors in detail to understand their scope of use:

A temperature sensor is a device that collects information concerning the temperature from a resource and changes it to a form that can be understood by another device. These are commonly used category of sensors which detect Temperature or Heat and it also measures the temperature of a medium. 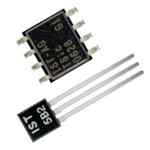 These Digital Temperature Sensors are silicon-based temperature- sensing ICs that provide accurate output through digital representations of the temperatures they are measuring. This simplifies the control system’s design, compared to approaches that involve external signal conditioning and an analog-to digital converter (ADC). 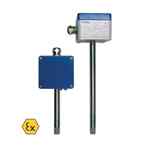 The Pressure Sensor is an Instrument that apprehends pressure and changes it into an electric signal where the quantity depends upon the pressure applied.

Turned parts for Pressure Sensors and Vaccum Sensors are few of the major pressure sensors used in Industrial automation. 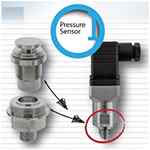 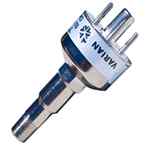 Vaccum Sensors are used when the Vaccum pressure is below atmospheric pressure levels and it can be difficult to sense through mechanical methods. These sensors generally depend on a heated wire with electrical resistance correlating to temperature. When vaccum pressure increases, convection falls down and wire temperature up rises. Electrical resistance increases proportionally and is calibrated adjacent to pressure in order to give an effective measurement of the vaccum. 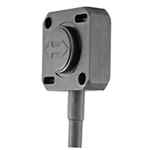 Micro-electro-mechanical Systems (MEMS) Acceleration Sensors are one of the main inertial sensors; and are dynamic sensor competent of have a greater range of sensing capabilities. 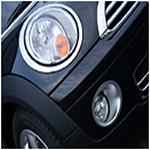 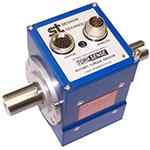 These torque transducers utilize superior strain gage technology to indulge the most challenging necessities for static and dynamic applications of sensors.

All these above mentioned sensors are increasingly utilised in the automation industry. The recent surge in commercial demonstration of these sensor systems highlights their unique capabilities. 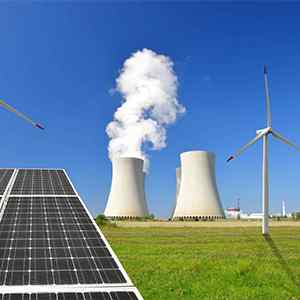 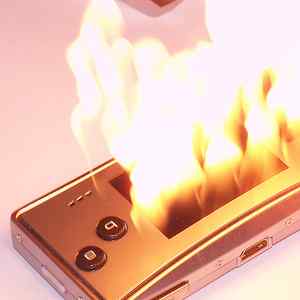 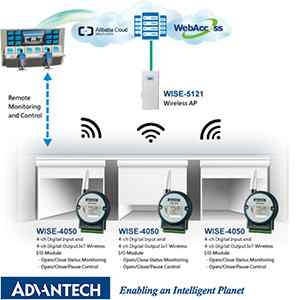