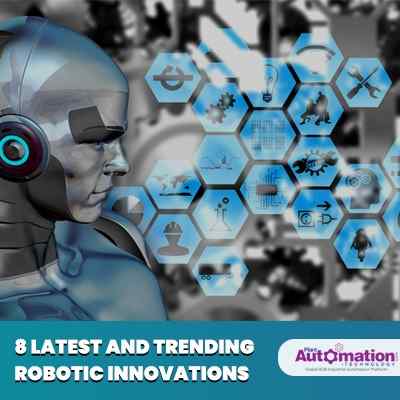 Robots have been steadily advancing into our everyday lives. The machines are expected to continue its epic migration and venture into new spheres and various fields such as pharmacies, the automotive sector, and many more. In the manufacturing sector, there is already a huge contribution to higher quality products and shorter turnaround times by these countless robots. At very basic tasks and jobs, these robots are proving to be effective. They require less downtime, are more cost-effective, and are prone to fewer errors. As a result, they enjoy higher retention rates. Industrial robotics might invoke huge, fast-moving machines engaged in the kind of repetitive, dangerous work that humans used to handle. The innovations in industrial robotics have started to lead humanity in intriguing new directions, although those machines will certainly continue to take on larger roles in manufacturing. Some of society's most pressing issues such as worker-safety improvements and labor shortages could be solved with these industrial-robotics innovations. We have provided some of the latest and trending robotic innovations in this article.

It is the first industrial modular robotics platform. Modbot decided to develop a modular robotics system that would be affordable, agile, and simple, after witnessing the difficulties of prototyping with the current state of robotics. The ultimate goal of Modbot technology is to see solutions that will solve real-world problems in the education, manufacturing, consumer, and engineering industries. Industrial quality robotics are delivered by Modbot at affordable prices accessible to not only educational institutions, and individual consumers but also to larger industrial firms. The Modbot platform provides many different applications using a system of reusable modules that snap together to create a variety of robotic configurations. The user can not only program the robot but also can track data analytics, create a 3D environment and generate user interfaces once the robot is assembled.

Infused with artificial intelligence, AIBO is an adorable robot dog created by Sony. However, AIBO was discontinued after its release almost a decade ago. But, now it has returned with even more abilities for human operations. This mechanical pup combines artificial intelligence with image sensors, enabling it to recognize faces and learn behaviors. The personalities of AIBO robots develop based on the interactions with people and depending on its human companions it gives each a unique character. Reacting to words of praise or scratches on the head, it can learn tricks and will seek out owners. One feature which makes it exceptional from real-life dogs is that it has an application that owners can use to adjust system settings or add new tricks, and can store memories by connecting to the internet cloud.

Developed by the American robotics company, Boston Dynamics, the bipedal humanoid robot Atlas has its new ability to clear obstacles and jump like a parkour expert. Atlas is one of the most physically impressive robots ever developed due to its combination of control software and real-time computer vision, that balances arms, legs, and torso. The humanoid robot uses computer vision to locate itself with respect to visible markers on the approach to hit the terrain accurately. It can simultaneously perform tasks such as range sensing, 3D printing, object manipulation, and stereo vision. Recently, the robot made strides by completing a backflip.

The latest iteration of the DelFly robot was created by the Delft University of Technology called the Nimble. Featuring a quad-wing flapping system, Nimble is a super agile robot that is capable of flying just as nimbly as a real winged insect. The DelFly Nimble is less vulnerable to damage and highly agile, allowing outdoor operations in light winds, due to the lack of the tail, unlike its predecessors. Operating at a top speed of 25km/h, the robot can even perform aggressive maneuvers, such as 360-degree flips, resembling loops and barrel rolls.

In recent years, robotic surgery represents one of the most important medical innovations. More robotic platforms are emerging  although their availability and usage depend on factors such as cost. The maker of the da Vinci platform, California-based company Intuitive Surgical, is a pioneer and global market leader in the field of surgical robotics and continues to cross the boundaries. Recently, the company launched its da Vinci single-port surgical system, which brings innovation into the operating room. With this technology, a 3D HD view is provided inside a patient's body, so that the surgeons can complete more accurate surgeries. With an ergonomically designed console, patient-side cart and instruments that rotate and bend beyond the limitations of the human hand, the system is capable of performing various operations through minimal incisions.

These wearable robotic suits can make life easier for tons of workers used for loading cargo or those on their feet for long hours. A lightweight, stretchy exosuit provides new ways of integrating robotic control, fabric design, sensor development, and muscular aid to increase a wearer's balance, strength, and endurance. The possible applications include rehabilitating adults and children who have movement disorders caused by infirmities such as multiple sclerosis, stroke or Parkinson's disease, assisting the elderly in enhancing their muscular strength and supporting their independence and mobility. Each individual wearer will have personalized control over their suit's physical enhancements with the sophisticated application of robotics.

These 3D printed shape-shifting liquid elastics are perfect for soft robotics and are projected to bring in new fabrication schemes and give robots new abilities for developing devices and controls that are multifunctional, easily deployed and are power-efficient. This could indeed be one of the main challenges of robotics. Earlier, versatile shape-changing liquid crystal mechanisms have been used, but now we are seeing how elastomers can be fabricated with 3D printing. A demo was already given by these devices which showed the ability to manage significantly more weight than other liquid crystal elastomers.

The nanoscale robots can self-assemble. The robots were developed based on origami concepts using DNA strands and can transport nanoparticles. Few intrinsic basic rules are used by the DNA origami for folding the DNA double helix into the nanostructure. Under an externally applied electric field, these DNA origami structures can be made to be self-assembling, combined with a system of latches formed by single-stranded DNAs, and controlled at precise nanoscale movements. To electrically drive the transport of nanoparticles or molecules, such nanoscale robotic systems can be used in groups over tens of nanometers or more. 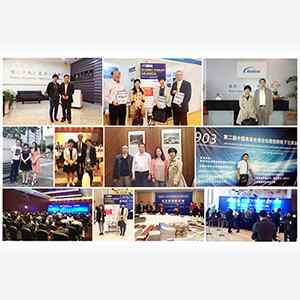