Thank you for your interest in publishing industrial news with Plantautomation Technology. Our client success team member will get in touch with you shortly to take this ahead. While you're here, check out our other highly informative and insightful news pieces. Happy Reading!

Humanoid robot TALOS, the next generation of biped robots for complex industrial settings 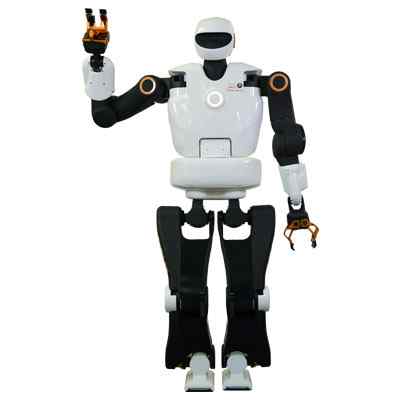 The new robot TALOS has come to revolutionize bipedal humanoid technology and prepare it to perform complex industrial tasks. Today the PAL Robotics platform has been officially presented to the scientific community at the Laboratory for Analysis and Architecture Systems (LAAS-CNRS) in Toulouse (France).

PAL Robotics and LAAS-CNRS have joined efforts to push the state-of-the-art in robotics with the development of TALOS, assigned to the Barcelona Company by a tender granted by the French research lab. PAL Robotics has equipped TALOS with an advanced electronic and sensor systems which enable high-performance control, locomotion and perception capabilities.

The LAAS-CNRS’ Gepetto team, one of the leading groups in bipedal research, will work with the first robot of the TALOS series, named PYRENE, under the direction of Philippe Souères, PhD. Their mission is to improve how robots interact with the environment through more dynamic and powerful movements while ensuring safety.

Today the French researchers showed their first developments on PYRENE which were prepared during the last months. The humanoid robot walked flawlessly around for its presentation and was able to lift 6Kg with each arm. The work LAAS-CNRS is undertaking will continue by enabling PYRENE to walk on uneven surfaces, interact safely with people and carry heavy loads with its arms stretched.

TALOS brings closer a future where robots can provide a safe and efficient collaboration with people. Robots can help in difficult tasks that may be physically demanding or hostile for the human biology. Their integration in such processes would prevent labour risks while increasing productivity.

Humanoid systems are one of the most challenging fields in robotics. At the same time, they are the most suitable platforms to become an integral part of specific tasks since they completely adapt to our world.

TALOS’ Technical Highlights
Inside TALOS’ humanoid body, of 1.75m tall and 100Kg weight, there is a huge effort in mechatronics integration. TALOS is fully torque control, which is enabled by torque sensors in all its joints and, in the end, makes the robot suitable for safe Human-Robot Interactions.

This is complemented with EtherCAT communications, a system that makes its data network faster (its control loop running at least at 1KHz) and facilitates quick reactions to any external force. The PAL Robotics’ humanoid robot can dynamically walk with the current algorithms at a speed of 3Km/h, and is able to navigate over irregular floors.

TALOS’ architecture is anthropomorphic, but it also includes kinematics customizations that enable manipulation on its front. Its 7-DoF arms have a 6Kg payload each with the arm stretched, being able to nimbly use heavy industrial tools.

The humanoid robot is fully electrically powered, unlike other robots of its kind. TALOS has an autonomy of 1.5 when walking, and up to 3 h stand by. Its software is 100% ROS capable.

About PAL Robotics
PAL Robotics is a worldwide leading company in biped humanoid robots based in Barcelona (Spain). The team is composed of about 35 people from different nationalities and fields that design, craft and customize humanoid and service robots. With over 13 years in the most challenging field in robotics, they have gathered a broad experience in human-sized bipeds that is improving constantly. The team started with REEM-A, Europe’s first fully autonomous biped robot in 2004, and has been designing and building complex robots ever since.

The latest humanoid robots, REEM (focused on events) and REEM-C (for service robotics research), demonstrated the team’s capability on the successful development and repeatability of their platforms. TALOS is the result of PAL Robotics’ broad experience in the field. Many of its features make TALOS one of the best platforms for collaborative industry purposes and consolidates the company at the frontline of humanoid robots.