TEL AVIV, Israel, Nov. 14, 2019 /PRNewswire/ -- Nofar Amikam joined Glilot Capital Partners 18 months ago to create and head the Value Creation department, which provides support and business development services for portfolio companies, as part of Glilot's entrepreneur-centric philosophy. Amikam is joining the two founding partners, Kobi Sambeoursky and Arik Kleinstein, and she will continue to lead the expansion of the Value Creation department. 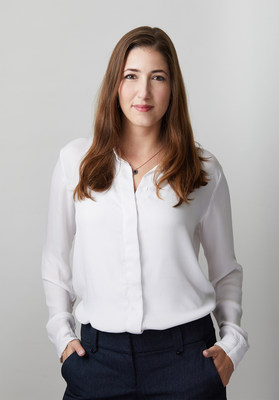 Glilot has been positioned as one of Israel's most successful VCs in recent years, and has been ranked as one of the five best performing VCs in the world by Preqin for three years in a row. Since its earliest day, Glilot has adopted an "entrepreneurs first" policy. One prominent example is the fact that the firm was one of the first in the world to share revenues with its entrepreneurs.

In recent years, in accordance with this policy, Glilot created a unique department whose sole objective is generating value for its portfolio companies. The Value Creation department actively works to connect entrepreneurs with potential clients by maintaining consistent ties with Fortune 1000 executives, provides help with go-to-market strategies, encourages company growth and more. Today, Value Creation is the largest department at Glilot.

"We've had opportunities to appoint new partners before, including some key members in the industry, but it never felt right," says Kobi Samboursky, one of Glilot's two founders. "Nofar brings to the table plenty of experience and has done amazing work with our companies so far. We are thrilled at what the future holds." Amikam has headed several key developments since joining Glilot, including creating and managing the Cybersecurity Innovators community, which connects Israeli cyber companies with some of the largest corporations in the world.

"We are excited that Nofar is becoming a partner. As head of Value Creation, Nofar has built an extensive, significant network to support our entrepreneurs," adds Arik Kleinstein. "We are certain that with her promotion to full partner, Nofar will continue to strengthen the bond Glilot has with its entrepreneurs."

Before joining Glilot, Nofar held a number of key positions in the Israeli high-tech industry, including working with Israeli startup companies in managerial roles at Microsoft, JVP and Deloitte. Like the other two partners, Nofar served in the elite 8200 intelligence unit in the IDF, and in addition, holds an Honored MBA from Ben Gurion University in partnership with Columbia University.

Glilot Capital Partners is an Israeli seed and early-stage VC, investing in the brightest and most extraordinary entrepreneurs in Israel. Glilot specializes in locating local talent that creates software which disrupts enterprise technology, mainly in the fields of AI, big data and cybersecurity.

Glilot was founded in 2011 by Kobi Samboursky and Arik Kleinstein, and today manages three funds, with a total value of more than $240 million. Six of the first eight startups in which Glilot invested were acquired by well-known companies including Microsoft, Palo Alto Networks and Mimecast.